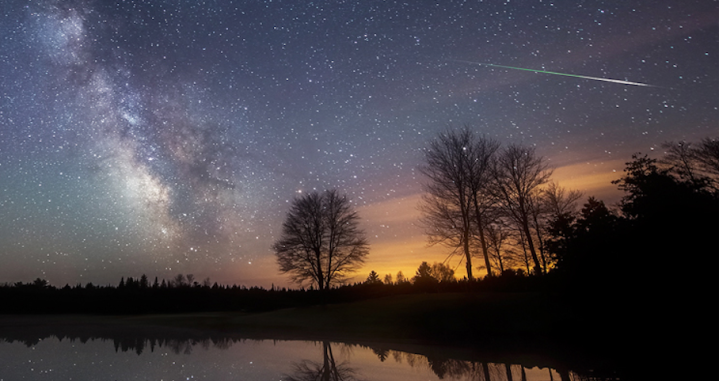 I once wrote a letter. It contained my deepest thoughts and feelings about you… and I never sent it. I wanted to, trust me, but ultimately, it’s now tucked into my journal—the pages torn from being carried around for so long—and it’s going to stay there, invisibly so.

I think I wrote it wrong. I think I was right to leave you be, but again, I was wrong to believe that letter could change something. I’m not sure what it was; that you’d finally understand why I was so hurt, that you’d empathize and feel for me, or that I’d convince you to love me.

Maybe that’s why it’s so hard for people to not talk after a breakup. We rely so heavily on a partner to be there, and then one day they’re not. Even when we are restricted from communication we seek that rush from our ex’s name popping up on our phones—even when we claim we don’t. We want their attention, their love, and we want their time to be our time once again, but with one slip up, we crave more.

That’s the tip of the iceberg of my fears in reaching out to you. If I told you I didn’t spend hours upon hours thinking of the right words to say leading up to that day, I’d be lying. However, that day, somehow, the words poured out of my fingertips. Completely different ones than you’d find in that letter, but ones that felt right. As always, things were so easy when it came to you.

They weren’t romantic and they didn’t plead or explain more than you needed to know, but they were honest. They told you what was going on, explaining that it wasn’t an option for me to reach out—that I couldn’t be more grateful for you to exist because of who you are and what you did for me.

I had no fear in your response—unknowing that I’d ever get one. I didn’t need one because I knew the words did nothing but good for you and me. I felt good, but I have never felt so great to read the reply. I felt pardoned of a crime I spent sentenced to for one year; a crime you now wrote that I never committed.

I tortured myself for that year. Countless time was spent wondering what I did, how things ended in that way, and how imperfect I really was, but you said it wasn’t me or anything I did. Things just had to be that way because they did and I believe you now because I’m unable to write a different reality.

On the phone we once talked for hours about space as a metaphor for relationships. I told you how gravity is my favorite force because it’s infinite. Everything is pulled towards everything, but sometimes other variables get in the way of two objects meeting.

Life has moments that must be appreciated in the now because we’re unaware of so many of our orbits. If they’re lasting, then we must appreciate the objects that pull us so. If they’re fleeting, then that short time was an infinity among itself.

You thanked me for being who I am and helping you to see who you are. Our two-text interaction was the capstone to everything we lived—the months of sleepless excitement, the days of butterflies throughout our bodies, the hours of video chat dates—all timing down to two texts.

Just as you and I continue on, so will the words you find here. They’ll describe new eyes, serendipitous moments, and other adventures of the heart, but our gravity will always be there, shaping and moving us, even invisibly so.