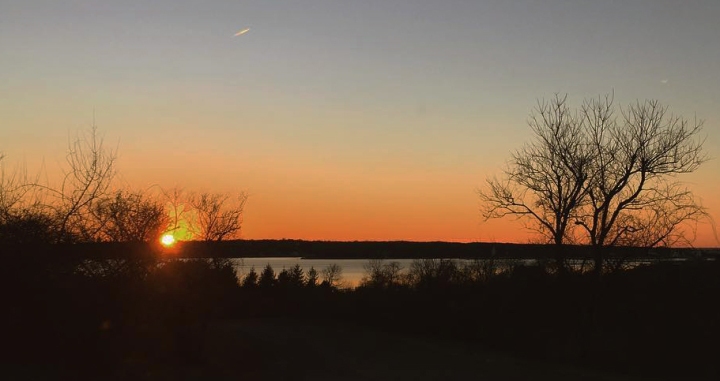 Ambient sound is so loud. Wherever I went in college I was followed by this unplaceable, yet greatly present something. From the clap of excitement the moment my parents’ car door opened on move-in day freshman year, to our collective roar during the cap toss at commencement, there was no moment I stopped to recognize silence. For other reasons, it continued for years after college as well.

I had fun, and there were times I was stopped in my tracks during those four years, but it was never in a way that made me rethink silence. Even on nights I’d stay in and watch my apartment door close to muffled laughs as my friends left for the bar, there was some kind of noise. Maybe it was a pregame continuing next door, students outside speaking low, or even the building humming, I had noise all around me.

It might be something only I think about, but when I was a kid I remember jumping in the pool and hearing distorted sound waves through the water. It was new, and foreign, and something about it was attractive. I’d swim from pool-end to pool-end listening to the low frequencies and wondering what caused them. To hear a jumbled flush and recognize it was someone jumping in… it was like learning another language.

I wasn’t obsessed, but I enjoyed the newness of it. I’d be happily reminded of its existence when I unintentionally submerged both ears under the showerhead – reminding me of warmer, care-free times, but nothing… nothing prepared me to the moment it all went noiseless.

It lasted for maybe two seconds, but after countless years of noise, the moment you made my world quiet was unforgettable. This was the first moment of silence I’ve felt in… I can’t tell you how long.

The earth stood still, but the memory is combined with this image of you in my head. You were invincible—bounding in front strangers and coming to a stop in front of me, beaming. I blame my tired efforts to make you find me in a crowd, and yet, I wouldn’t change it for anything. I, stupid me, was iffy about the date and you hushed hundreds of people for two full seconds. The silence you fostered became my new language.

And now that moment plays on repeat – the whole night, actually. I can’t explain why. Maybe it was the confidence you had to take my hand at the bar, or arm in the street, but it warmed me in a neglected spot. The sound was there when it happened, but thinking back, it’s just me looking at you. Your fingers bound in mine, or the tightness between us as we walked on that cold night.

It was all silent, roaring in color.